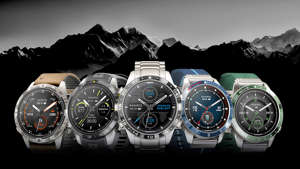 Garmin watches are renowned for their ruggedness and reliability. From the ultra-premium Garmin Marq series, to the affordable-by-Garmin-standards Garmin Venu range, you can guarantee a smartwatch that is ready for anything.

Of course, that doesn't mean there isn't room for improvement. Right now, users are getting exactly that via the Garmin beta program. If you have a Garmin Enduro 2, a Garmin Epix 2, a Garmin Fenix 7, or a Garmin Marq 2, you can sign up to the program to get a whole host of new features, before the wider public release.

Less than a week ago the 11.21 version of the beta was released. The update brought a substantial catalogue of bug fixes and new features to Garmin users.

Among the highlights, a new Jet Lag Adviser was added, joining the other devices from the Marq 2 where it made its debut. The feature is designed to help minimise the effects of jet lag when travelling, by giving suggestions about when to sleep, when to seek out or avoid, light, and more. Users also got a new app, called Sail Expedition, as well as support for a host of Wakesports, like Wakeboarding…

Your Garmin watch is getting heaps of fitness tracking updates 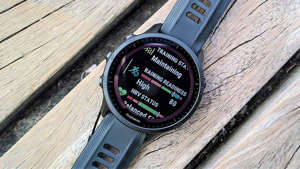 Garmin is rolling out a new software update for Forerunner 255 and 955 watches, which should greatly improve fitness tracking and general stability.

Software version 14.12 is rolling out now to members of Garmin's public beta testing program, and should be launched to all watch owners soon. As Notebookcheck reports, it makes nine major changes, including fixing a bug that caused part of the the stress graph to be hidden, and a problem that meant data from connected Stryd footpods wasn't always logged correctly.

Garmin has also made several changes to prevent crashes, and updated various data fields that appear during workouts. There's also a new lactate threshold data field for the Track Run activity, which helps you assess your current fitness level.

Full details of the update for both watches can be found on Garmin's forums. Check out our guide to Garmin's beta testing program if you want to be first to get the latest software and help by reporting any bugs you discover, 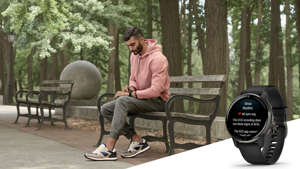 At long last, Garmin has released its first electrocardiogram app, or ECG. The app, which monitors your heart's electrical activity to check for irregularities, has been in the works for a while: we've been picking up snatches of information about Garmin beavering away behind the scenes on it for almost two years.

Currently, it's only available to US-based users of the Garmin Venu 2 Plus, as none of the other best Garmin watches pack the hardware to carry out the scan. However, we expect that to change with new releases.

An ECG app works by recording your heart rate with an electrical heart rate sensor, and checking the recordings for abnormal electrical impulses. This is called atrial fibrilation, and is likely to be found in those with high blood pressure or heart valve issues according to the UK's NHS website. Garmin users can also view their historic ECG readings and AFib status in Garmin Connect.

A feature like this is a useful string to Garmin's bow, but it's a little late to the party. Most of its rivals, such as Fitbit, Apple and Polar, already have ECG apps on their devices. Fitbit and Apple both…